It can be easy to get too settled in a job.  You know things aren’t quite right but there is enough good that you don’t give it much thought.  You show up for work and you do what is required.  There may be days when you give your best and other days where you realise you have squandered most of the day because of issues, challenges or a lack of motivation.

This is where I have been for a while with work.  It has become increasingly difficult to focus on doing the things I need to do.  I get kinda stressed about time off because I know I have not always been working as hard as I can.

Then something happened this week.  Something that made me really stop and think about what I am doing.  My boss was unwilling to approve a request for leave.  Just over two weeks was all I wanted.  I can kind of understand his point, the project we are working on is not going as well as we would have liked and he is keen to impress the funder.

Yet, that refusal combined with a conversation with a co-worker has changed how I see things.  A few people have left in the last year and my co-worker is planning to leave soon.  Then I start to look back on my time in the current job.  I have not been working on projects that really inspire me.  Also large parts of the work are not publishable.  This means I have not done as much as I should have done to further my career.  The reason, to help the boss out and to be seen as a team player.  In short, I have been too nice and helpful.

The holiday I wanted was a trip to Italy with IT guy.  Originally he was planning to visit South African to take care of some family stuff.  Then I made the mistake of telling him about the Opera Festival in Verona.  It turns he has always wanted to visit Italy and it gives him a chance to visit his brother.  Something he really needs to do.  Somewhere along the way our plans evolved into two weeks in Italy.  We were both getting excited and he wanted to start booking things.  Instead I had to tell him the boss would not approve my leave.

So this weekend I find myself job hunting with renewed energy and focus.  I am busy refining my LinkedIn Profile and considering which other sites to use.  The challenge is how to define my search parameters.  Things are going well with IT guy and I am optimistic about a future together but it is too soon to plan a career move around him.

I know now, that my time with my current employer is nearing an end.  The challenge is to stay professional and give my best until I am ready to make a move.

Part-way into the online dating adventure I realized that I was allowing too much of my happiness to be tied up with how things were going with one guy .  It seemed like as soon as I started to focus on doing more that I was able to find more to do.

A combination of challenges attending my regular sport and issues with Import-export guy meant that I went looking for a new sports club and ended up joining a local Pilates club.  After one or two classes I discovered that an old school friend also attended the classes regularly.

We chatted for a while and after a few weeks arranged to go out for some food.  While we were out we started talking about other things we could do together and realised that one common interest was the theater.  I did a quick search on my phone and discovered that “The Sound of Music” was showing at the main theater in town.  I was just suggesting that my Mom or sister might want to join us when my sister messaged to say she had just discovered that “The Sound of Music” was showing and did I want to go.  We had a good laugh and I suggested my friend join us.

I know it has been a little while since my last post.  I have been suffering from a cold and did not even feel up to reading other posts for a few days.  It is not very surprising after the awesome craziness of last weekend which is the other reason it has been a while since I published anything.  My head is still a little fuzzy so I may well find myself fixing errors later in the week.

Does a long weekend count as a first date?  The trip up Table Mountain does not count because his brother was there and I didn’t appreciate where things were going.  There has been more than one occasion, where a friend has pointed out that a guy was trying to hit on me, and I was completely oblivious.

I find it surprising how much IT guy and I have in common, including a love of the theater.  So when he suggested I join him for a show we both liked I laughed and agreed.  He’d had a few drinks and I assumed he was joking.  So I was stunned when the following day he sent me a screenshot of possible tickets and asked if I really did want to join him.  There followed some craziness to sort travel documents.  In the end my visa came through the day before I was due to fly and the flight tickets were booked at the last minute.

The Dubai weekend is Friday and Saturday.  I arrived Friday morning we had some coffee and breakfast and then he had to go out for a few hours.  This was perfect for me because it gave me time to shower and sleep in front of the telly for a few hours.  (It is a 9.5 hour overnight flight from Cape Town to Dubai.)  He messaged regularly with updates.  We then decided to visit Dubai Mall.  It turns out that shopping is a popular Friday afternoon activity in Dubai so after driving around the carpark for a while we decided to go to a smaller mall.

Saturday it seemed the weather was a bit cooler so we went to Dubai Marina.  It turns out it was too hot to walk from Marina Mall to the beach, but we did it anyway and had to go on a mission to find some water.  After taking a few photos we caught a taxi back to the mall and went to find some food.  That evening was the show and it was really good. 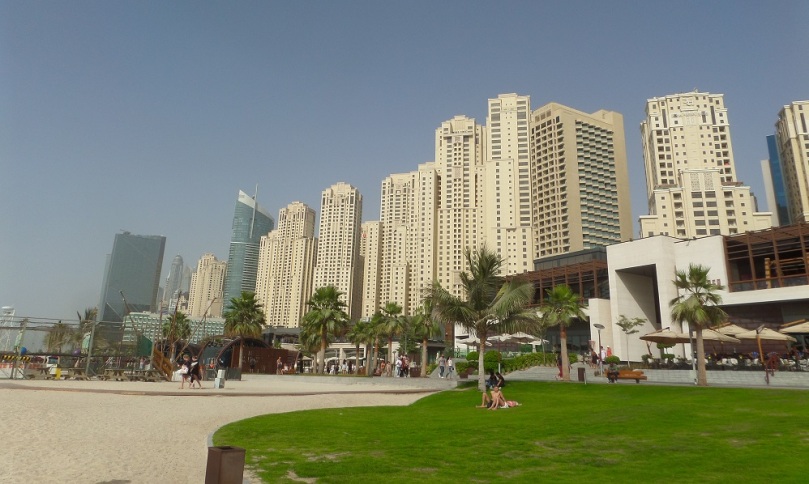 The following day we visited Dubai Mall.  A massive and interesting place.  I bought a few things and we had some food but mostly we just walked around.  I still can’t get my head round the idea that we managed to spend 6 hours there.  It passed in a flash.  I think something to do with the company.

Then the following day it was an early start to catch my flight home and back to reality.  After an awesome, crazy, fun weekend.

There is loads of advice dedicated to the topic of exclusivity and relationships, how best to have “the talk” there is even an acronym for this DTR (define the relationship).  Plenty of advice to women about not treating a relationship as exclusive till it actually is.  This idea has challenged me before or there are the guys demanding I only talk to them way before they have done enough.

As I have gained confidence and experience in this online dating journey I have come to realise that I really should trust my judgment more and do what is right for me.  This generally reflects my approach to life and is one reason I have not followed a conventional path.

I have recently come to realise that it does not suit me to juggle multiple romances especially when there is one that shows potential.  I’m sure this is how many people know they have found someone special because the others fall away naturally.

This is where I find myself with IT guy.  I have completely lost interest in online dating or meeting anyone else, but things have not progressed enough to be considered exclusive.  He has made his interest very clear.  The challenge is that we live in different countries and it is going to take time for things to develop.  So, the real question is how to cope in that undefined space where mutual interest is clear but we need more time together to be really sure where things are going.

I think this is part of the reason I got myself in a tailspin a few weeks back.  Work was stressing me out.  But no it is not realistic to ditch everything and move to Dubai to be with IT guy, especially when he has been a bit quieter than normal.  Then that evening he messaged and after sharing some details of my day he was quick to ask what was bothering me and offer some advice.  Just what I needed.

Then work settled down and sanity returned.  With a clear head I was able to reassess.  I really like this guy and I want things to work but it’s not gonna happen if I go batshit crazy and get super needy.  Ironically it seems the best approach is to reduce dependence on this relationship working.  One reason I think a lot of advice is centred around advising women to date more than one guy.  But I am not a stereotypical woman.  I do not need a man in my life to be happy.  I prefer to wait for a good one.

I have done single and happy before and I can do it again.  For now online dating holds no interest for me but there is so much more to life.  I need to figure out my next work move.  I keep finding good stuff to do in Cape Town and more people to do it with.  As for blogging, well if I can’t blog about online dating well there are many other stories to share.  Stories I hope you will also enjoy.