For our second full day in Durban It Guy and I decided to head out of Durban to see the Valley of 1000 Hills.  Unfortunately we were too late to get tickets on the steam train that runs on selected Sundays.  We headed to one of the towns listed on the steam train route.  It turned out to be the one where the train started but it wasn’t clear from there how we got to the Valley of 1000 Hills.  Perhaps we should have done a bit more research.  It probably didn’t help that while I had done a little reading it was left to IT Guy to navigate while I drove.

After a bit of messing about we finally found one of the correct roads and drove up into the hills.  The Valley of the 1000 Hills was home to the Zulu people for centuries so there are cultural places to visit.  There are also plenty of markets and interesting places to eat and stay.  We drove past a few interesting looking places and after a while decided to stop at a nice looking place at the top of a hill.  I was just thinking of a getting a few photos but IT Guy decided it would be nice to stop for a few drinks.

We drove some more but not being very organised we lost the scenic route at some point.  This was particularly frustrating as I was starting to get hungry and we couldn’t see anywhere to stop.  We were heading back towards Durban when we spotted some signs for the Valley of a 1000 Hills.  As we turned onto the road IT guy spotted signs to a polo match.  I have never watched polo before so it was rather interesting.

After the match we headed back to Durban and a seafood restaurant on the seafront.  We had planned to have a walk after our food but having watched people getting blown around we decided that wouldn’t be much fun.  Instead we headed back to the hotel, enjoyed a nice glass of wine and watched a movie.

For our final day in Durban we decided to head to the Moses Mabhida stadium.  The stadium was constructed for the Football World Cup in 2010.  A lot of people had recommended this on a previous visit and it was in the general direction of the airport.  We took the SkyCar to the viewing platform at the top for some fantastic views.  We also did the stadium tour which I found surprisingly interesting.  It turns out the design of the arches is based on the South African flag and they have some really nice artwork. 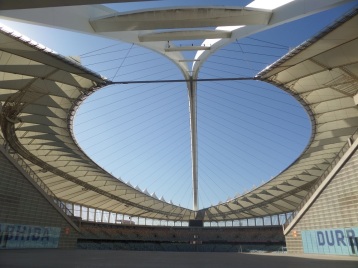 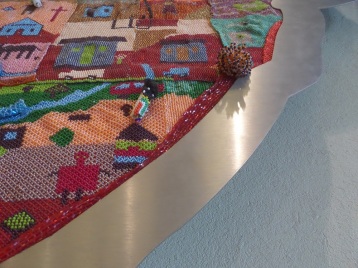 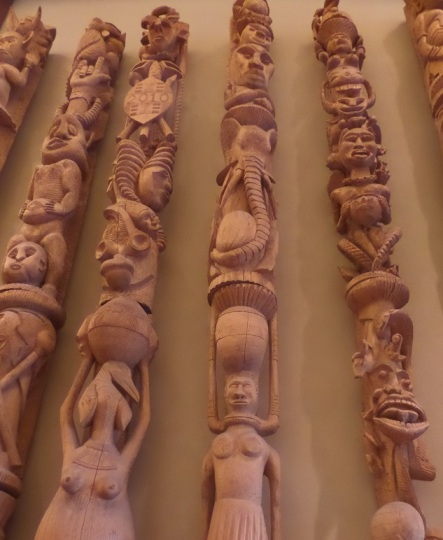 It is possible to access the golden mile from the stadium but by the time we were finished there was not enough time for a walk and lunch.  In the ended we decided to head to the airport and eat there before catching a flight to Cape Town.

I have to say I was rather sceptical about a visit to Durban.  I didn’t think there would be that much to do.  In the end I really enjoyed my weekend there.  The right company helps of course.  There wasn’t enough time to do all of the things I would have liked to do and I found more interesting things to do when researching this blog so I would definitely like to visit Durban again sometime.